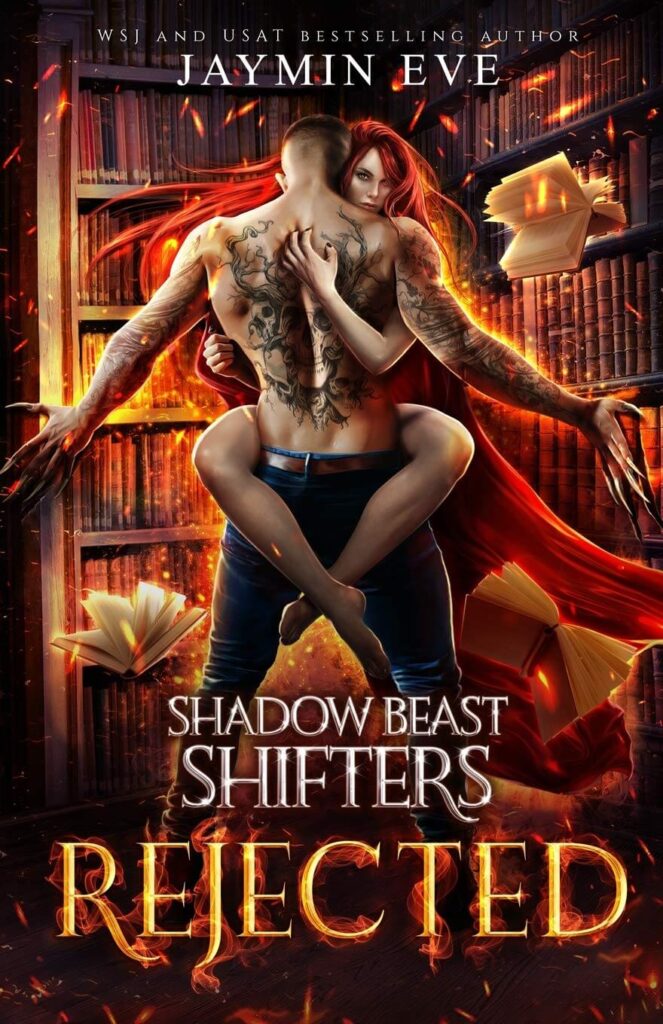 Jaymin is one of my favorite authors in the Paranormal Romance genre. She has got some amazing PNR books like – Curse of the Gods series, Supernatural Prison, and Supernatural Academy series, that I definitely recommend.

Rejected by Jaymin Eve follows a rejected mate trope, but with an unpredictable twist. It is refreshing in a way that it didn’t go as I expected it to, although the blurb is kind of clear on who the love interest will be.

This book brought me out of the reading slump. Mera and Shadow, the main characters, reminded me of Hawke and Poppy From Blood and Ash series. Probably one of the reasons this was also my top favourite romance read of 2020.

The world-building is fantastic – a unique take on the Gods and their world. From the beginning, I was hooked, taking in all the dark and the light parts, curious to know more.

The story follows Mera, a wolf shifter, who hasn’t had a good life. Mera and her mom are ostracized by the community for something her father did in the past. She is constantly treated badly, by her clanmates, and by the other wolves in their school.

The first few chapters hit me hard. Mera hasn’t been dealt with good cards, and she fears for her life every single day. She escapes them, and for while lives a quiet life. But her momentary reprieve comes to an end, and she is dragged back to the clan, kicking and screaming.

I love Mera’s character. Despite all the injustice and turmoil she faces, she stands strong. She is resilient, smart, and never lets the darkness push her down into the void. She has a best friend who helps her as much as she could. But the people who should have protected her had turned away.

I was in tears when she finally found her mate, only to be rejected by him. Her wolf had bonded with the worst person possible—and even that surprised me. I’d expected it to be someone else. I never loathed a character so much and wished for him to die in the worst possible way.

Things take an even darker turn, but Mera’s screams conjure the Shadow Beast—the God that every wolf shifter worships. I was doing a cheer routine in my head when he showed up. Finally, someone would put a stop to all this.

And he does. He abducts Mera, for reasons unknown, to his own world.

Shadow is an enigma, a dark anti-hero, and I fell in love with him at first sight. He isn’t easy to like though. He is abrupt, in-human (and not in a cruel way), and has an agenda of his own. He is powerful and has a built a world where other supernaturals can visit.

He also has this library–a refuge of sorts, that reminded me of Beauty and the Beast. It is also a portal to different otherworlds. I love when my PNR books have a mix of all supernatural beings. We meet Faeries, Vampires, and other creatures.

And that ending… that was such a cliffhanger. Good thing book 2 is out!

The plot is more about Mera’s journey, from a tumultuous past with the clan, to discovering herself and her newfound powers, Mera grows into such a strong character.

The romance is a slow burn, nothing really happens between Shadow and Mera, although the angst between them is so good. You can feel the currents. Then there’s the rejected mate and her best friend, causing trouble. I’m sure we’re going to be seeing more of them.

Rejected by Jaymin Eve forms a good foundation for the Shadow Beast Shifter series. There’s so much more to Shadow and his past. Mera’s journey has only just started, and with that ending, I’m sure we’ll find out what her origins are exactly.

If you are a fan of Slow burning Paranormal Romance, Fantasy, Dark hero and a sassy heroine, pick this book up!

My father made a terrible mistake. One I’m left paying for.

As a wolf shifter growing up in a strong pack, I should be living my best life. But after my father tried to kill the alpha, I’m labeled an outcast, traitor, less than dirt.

When I can’t take pack life any longer, I run, but apparently they don’t like losing their punching bag. Torin, the alpha’s son, drags me back before my first shift… a shift that will reveal my true mate.

I never could have predicted who mine would be, but the moment my wolf looks upon him, I’m filled with hope for a brighter future.

After all, no one ever rejects their true mate, right?
Wrong. Very wrong.

When the wolves attack, my soul screams for vengeance, and somehow I touch the shadow world. Somehow I bring him to our lands.

The Shadow Beast. Our shifter god. The devil himself.

Turns out being rejected by my mate was only the beginning.

Next in the Shadow Beast Shifter series... 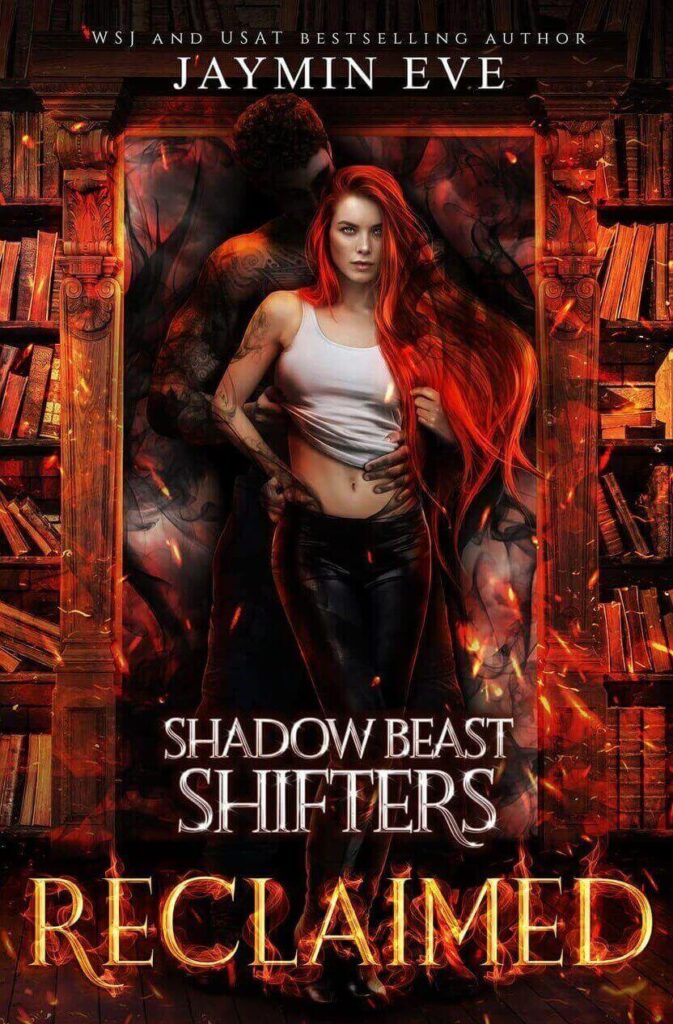