The Dark King by Gina L. Maxwell is the first book in The Deviant Kings series. When I saw this book was available on NetGalley, the word ‘Dark’ and the blurb caught my eye – and of course, if you have been following me, you know how quick I am to grab these books haha.

The Dark King is also marketed as Neon Gods meets Fifty Shades. I haven’t read Neon Gods, but the Fifty Shades part was intriguing. Pair that with the Dark Fae, and the concept just hooked me in. The book delivers on all the spice it promises and leans more towards Paranormal Contemporary than Fantasy.

Here’s my review of The Dark King by Gina Maxwell –

"You want the truth so badly, Bryn? Here it is. I'm not a 'decent human being' because I'm not human. I am King of the Dark Fae of the Faerie Night Court." - Caiden Verran

The story starts off with a powerful entrance by the Dark Fae King – Caiden Verran, threatening a guy skimming profits off his establishment and misusing his authority. Caiden owns almost all of Vegas.

Caiden is a powerful dark fae who treats his subjects with justice and respects his crown. He stays away from human females and hasn’t been a woman (fae or other) for a while. Until one day, a woman catches his eyes-and mind, checking in to his famous hotel, Nightfall.

Unable to ignore her presence, he goes after her. They have a wild drunken night together, and end up getting married.

I'm a firm believer that the universe sends us signs that lead us toward our destiny, and I always follow the signs, hence why I'm standing in Nightfall's lobby right now. - Bryn Meara

When Bryn Meara is offered a free trip to Vegas and the exclusive hotel Nightfall, she goes for it. With her currently unemployed, she figures spending a few days in Vegas is just a sign from the Universe. She meets Caiden right on her first night there and finds herself tossed into the world of the Faeries, blood curses, fated mates and bonds, and politics.

The story is told in dual POV so we understand the motivations of both the characters. The plot is fast-paced and quite heavy on the spice.

The world-building is sub-par. The light and dark fae have been exiled from their original world by the ‘One True Queen’. They have made Earth their new home, with their power and immorality limited, . We get a glimpse of the Fae Politics when someone targets Bryn to get to the king and eventually, more of the secrets of the world and the characters are revealed.

I liked Caiden and his powerful entrance. He is everything you can expect a dark king to be – mysterious, darkly delicious, an alpha-hole. I felt like Caiden was a mature version of Christian Grey. He doesn’t let the heroine take the lead in the bedroom and struggles with controlling and trusting someone. Although, I felt like his lack of trust for Bryn was misplaced.

Brynn started off as a refreshing character to me, fearless when she realizes she is married to a mythical entity and not a human. But I thought she was a little too carefree about everything. Her character development was stilted. She has her own journey to experience, but growing stronger only at the end of the book felt rushed. I would have liked to see her grow stronger throughout and not at the end.

The story lacked depth for me. The emotions were all at a surface level and I wanted more from the main characters. More interactions and conversations. The climax was a cliché. And honestly, I didn’t really feel the angst at the end.

The secondary characters have limited scenes and I wish their friendship (with the heroine especially) was more elaborated on. I couldn’t understand when the heroine built a friendship with Caiden’s guys as those parts were skipped and were just told to us via their POVs.

Overall, The Dark King was a sexy read. If Spicy Fae Romance in the Contemporary world intrigues you, check this out!

For Bryn Meara, a free trip to the exclusive and ultra-luxe Nightfall hotel and casino in Vegas should’ve been the perfect way to escape the debris of her crumbling career. But waking up from a martini-and-lust-fueled night to find herself married to Caiden Verran, the reclusive billionaire who owns the hotel and most of the city, isn’t the jackpot one would think. It seems her dark and sexy new husband is actual royalty—the fae king of the Night Court—and there’s an entire world beneath the veil of Vegas.

Whether light or shadow, the fae are a far cry from fairy tales, and now they’ve made Bryn a pawn in their dark games for power. And Caiden is the most dangerous of all—an intoxicating cocktail of sin and raw, insatiable hunger. She should run. But every night of passion pulls Bryn deeper into his strange and sinister world, until she’s no longer certain she wants to leave…even if she could.

Each book in the Deviant Kings series is STANDALONE:
* The Dark King
* The Rebel King

Gina L. Maxwell is a New York Times, USA Today, and #1 International bestselling author living in the upper Midwest, despite her scathing hatred of snow and cold weather. As a lifelong romance novel addict, she began writing as another way of enjoying her love of Happily Ever Afters.

Her debut novel in 2012, Seducing Cinderella, hit the bestseller lists within a month of its release and continues to be a fan favorite a full decade later.

When she’s not reading, writing, or spending way too much on planners and office supplies, Gina enjoys hanging out with her grown children, experiencing everything life has to offer, and dreaming of her someday-move to someplace tropical.

What to read after The Dark King? 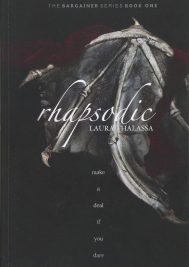